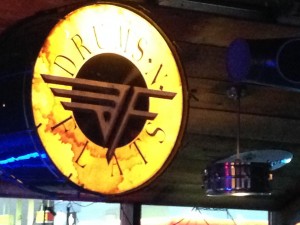 A bar which has a special place in our “wings bars in Toronto” list – primarily because it is here that we really honed our appetite for wings –  is Drums ‘n Flats.  We must have spent a fortune on wings here over the past 2 years, but went off it towards last summer when the quality of the wings deteriorated.  I raised the issue with Dan (owner) and he then put in place a tasting session to choose the wings direction which he invited me to. 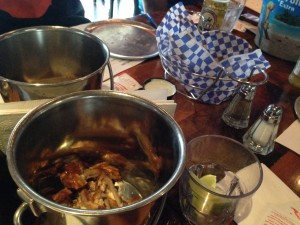 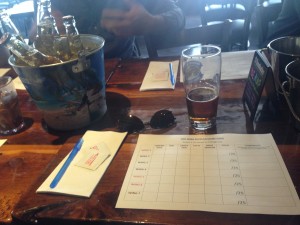 It was a very interesting session.  The wings varied considerably, but consensus amongst the participants was strong and a few favourites emerged.

We then went back a few times after the tasting only to find the same too-large, tasteless wings were being served, and disillusioned we stopped frequenting Drums ‘n Flats.

The other night we happened to be in the neighbourhood and thought we would give our old favourite another try.  It was the night of the Mayweather Pacqao fight and they were gearing up for a big night.  We ordered some flats (a great feature of Drums ‘n Flats is that you can choose either the drums or the flats or mixed) suicide hot with a tequila-lime sauce on the side. 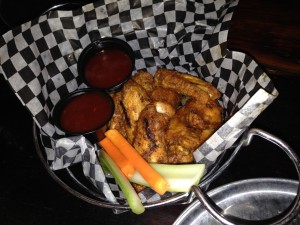 The wings did not disappoint! Small, perfectly cooked, tasty and with the great mix of sauces that Drums ‘n Flats always did so well I have to say that they rated as top of the list for wings that I have had in the past 6 months!  Absolutely superb.  I could not recommend them more highly. 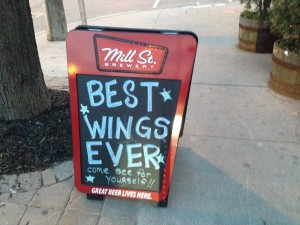 Visit Drums ‘n Flats on Avenue road north of Lawrence for a great evening and tremendous wings.  Our recommendation – flats, suicide hot with tequila lime sauce on the side.  Also try the double dipped wings – delicious!